Thanks for joining us during Tiki Time at GCAS

A week ago, the Global Connected Aircraft Summit was underway: three days packed with panels, presentations, and over 400 attendees engaging in conversations about the connected aircraft. At the end of the first day, SmartSky Networks said “Aloha!” to those at GCAS by sponsoring the luau-themed opening networking event: “It’s Tiki Time!”

As the Diamond Sponsor of GCAS for the past two years, we always enjoy connecting attendees with each other by hosting the opening reception.

Taking place on the Bayside Terrace at the Hilton San Diego Resort & Spa, poolside and surrounded by palm trees, the reception was in the perfect setting for a luau. Attendees were greeted with a lei as they entered the terrace, and a three-piece calypso band played fun island music while guests connected and enjoyed an evening of tiki-themed entertainment, food and drinks. The menu included a variety of delicious foods: grilled pineapple and veggies; assorted sashimi and sushi; grilled satays with beef, portobello, vegetable, chicken and prawn scampi; and seafood from both a raw bar and a hot selection. Beer, wine, and cocktails were served, along with rum tastings and the featured drink: SmartSky's signature blue cocktail. Did you try the "blue drink"?

One of the most spectacular touches on the evening was the roasted pig ceremony. Four of SmartSky's own team members— Paul Sameit, Rich Pilock, Krishnan Menon, and Brian Staik— carried the roasted pig on a wooden platter around the entire reception to the sound of drums and a conch shell blowing in the background. Our president, Ryan Stone, then got his chance to participate by assisting with the ceremonial carving of the pig, which was then served to attendees.

A Samoan chief, who was the reception's emcee, continued the luau entertainment with a show of dancing, lighting, Polynesian drums and conch shell blowing. The tour of countries showcased traditional island dances from New Zealand, Maui, and Samoa. Hula dancers engaged with the reception attendees, and audience members participated on stage during the haka, a Maori war dance with foot-stomping and chanting. The show ended with a spectacular fire dance performed by the MC.

We had a great time connecting with everyone this year. Thank you to everyone who attended the SmartSky Networking Reception, and we look forward to seeing you again at next year's event! 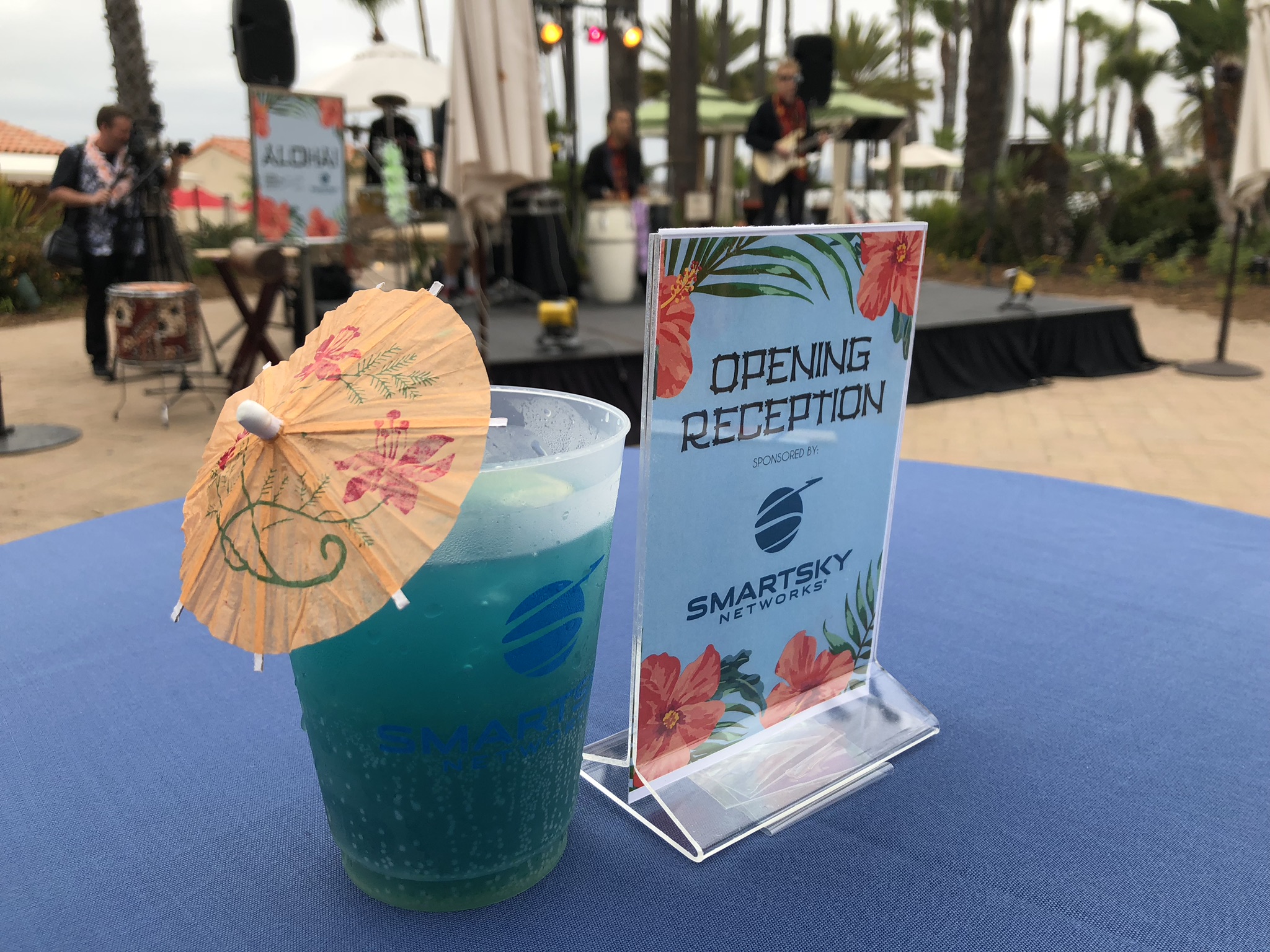 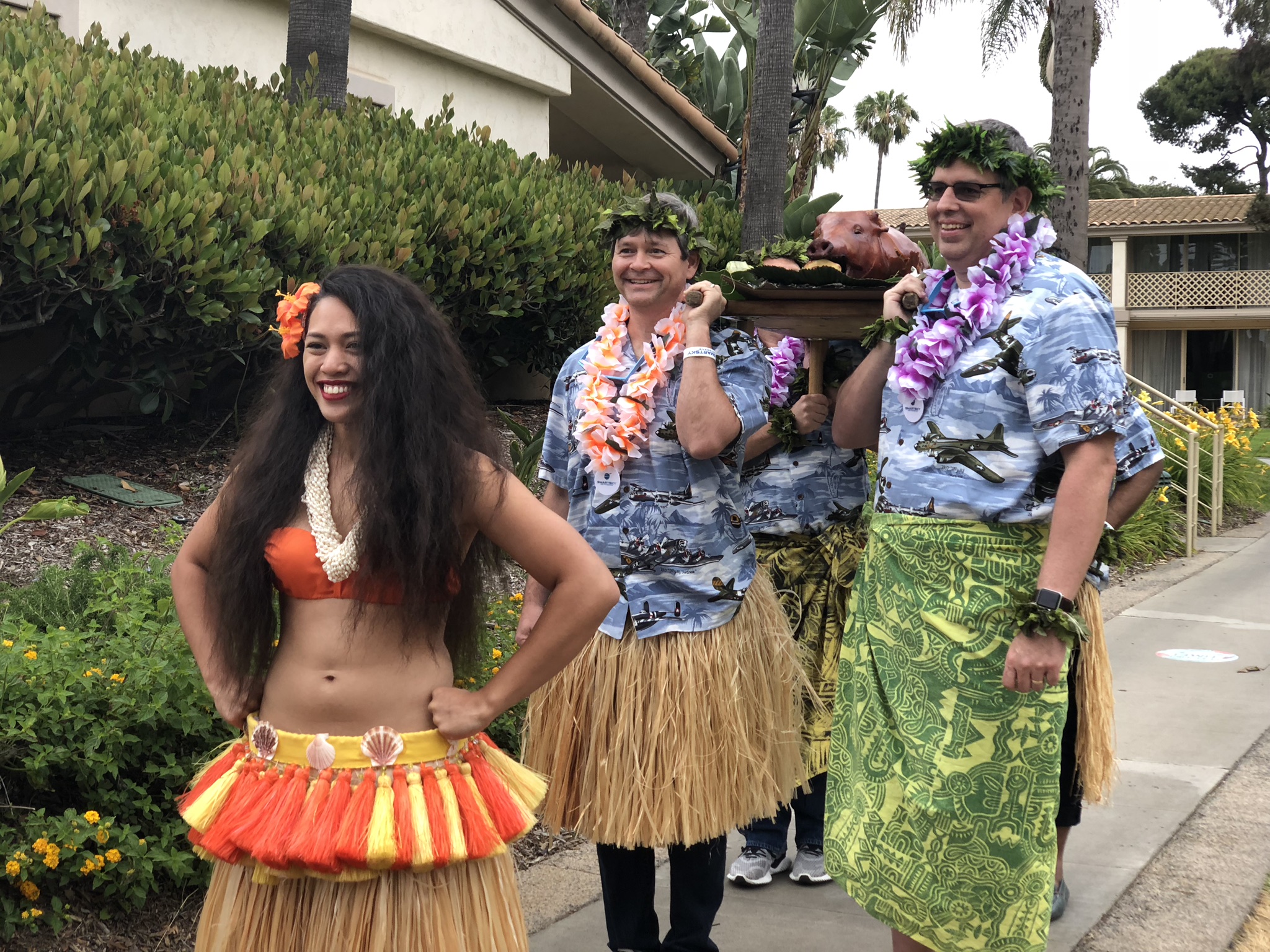 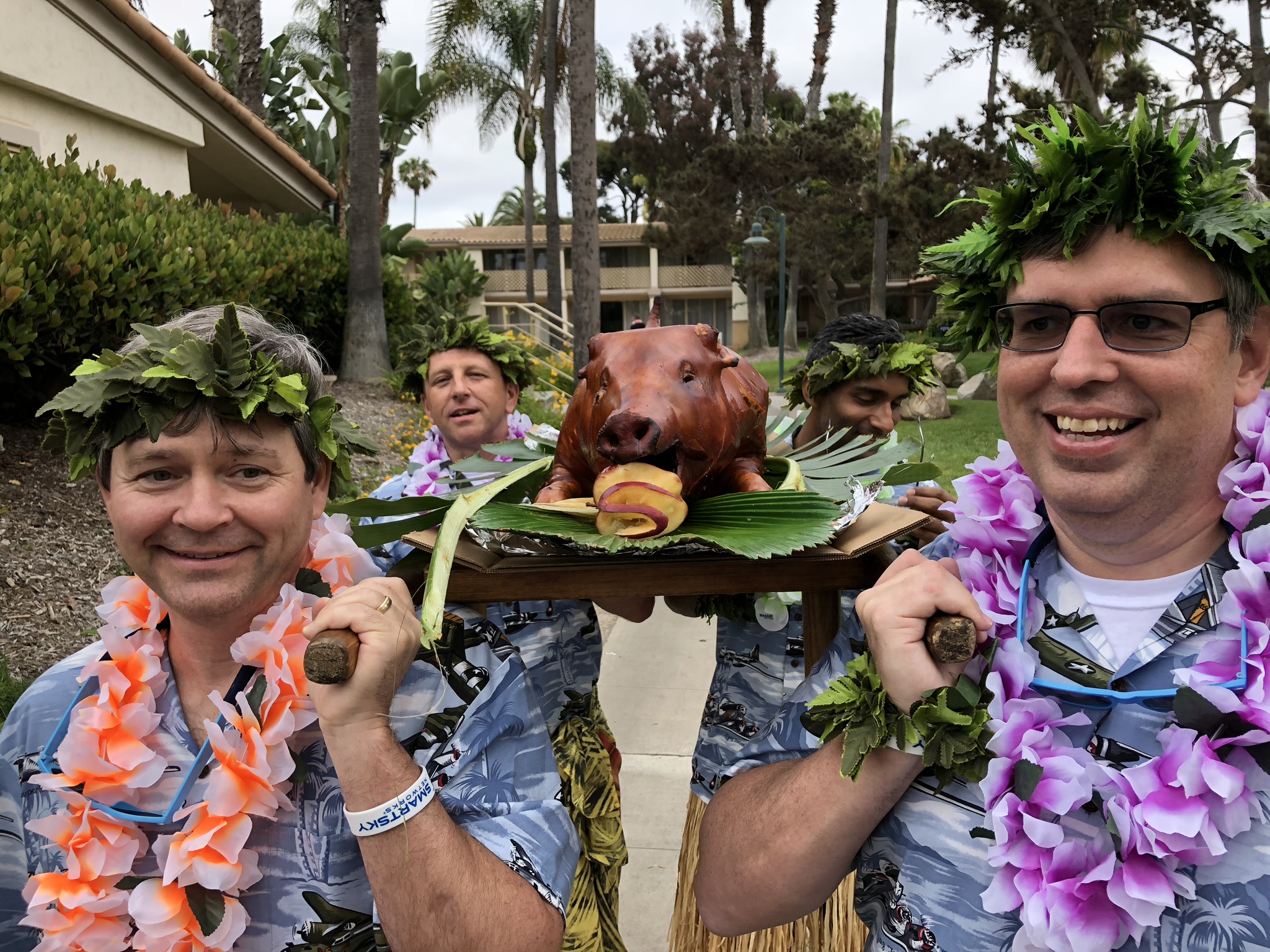 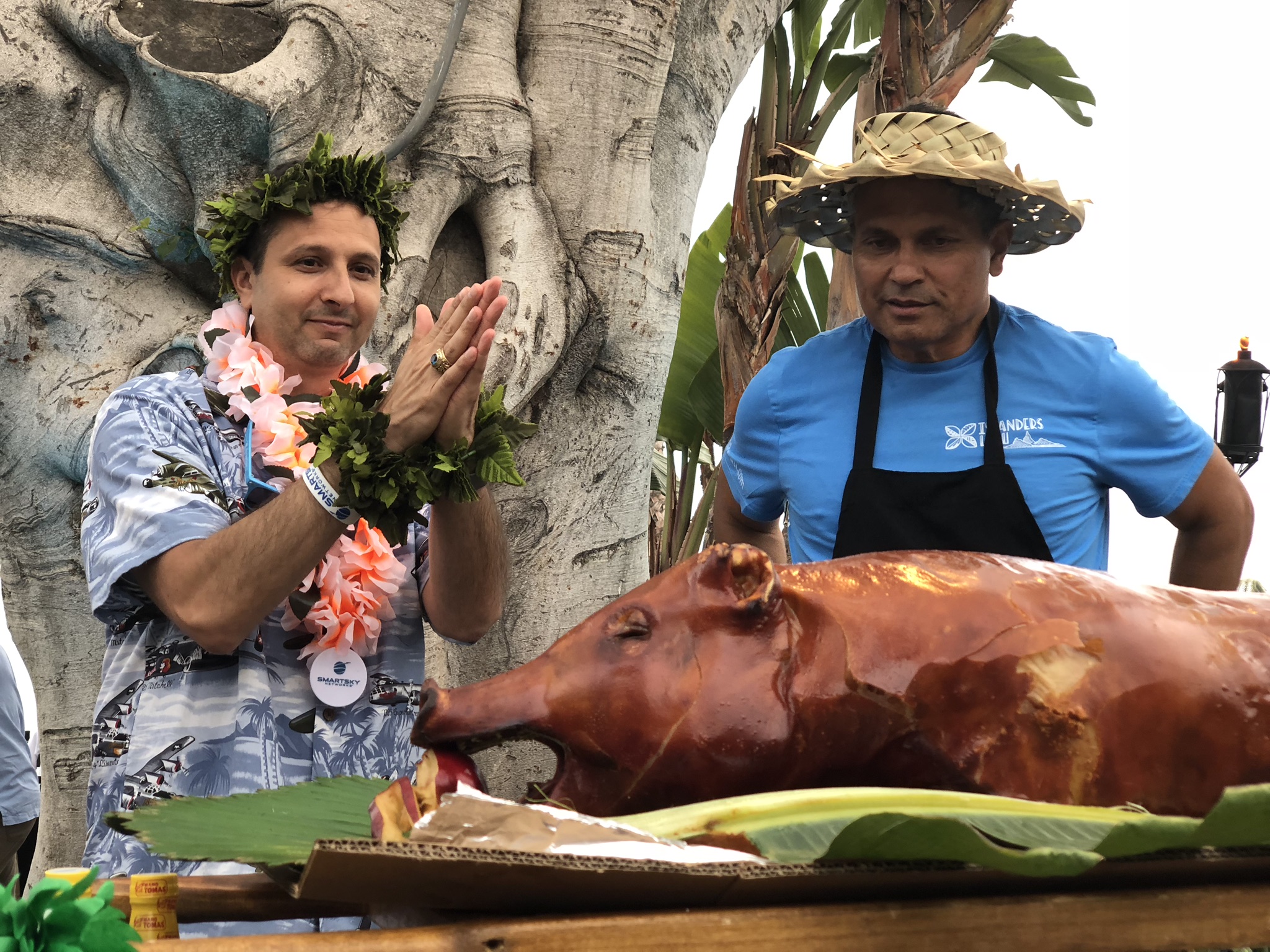 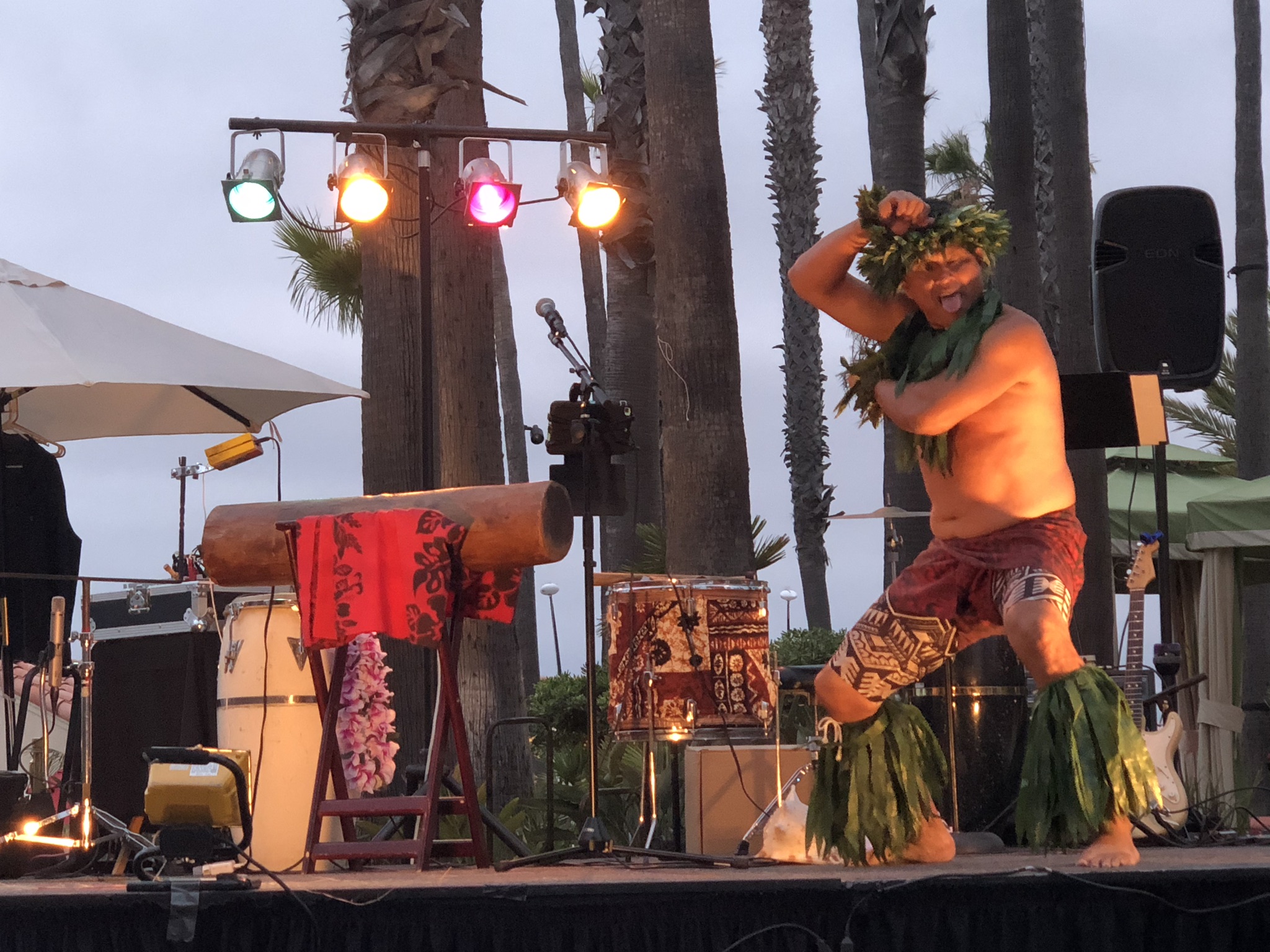 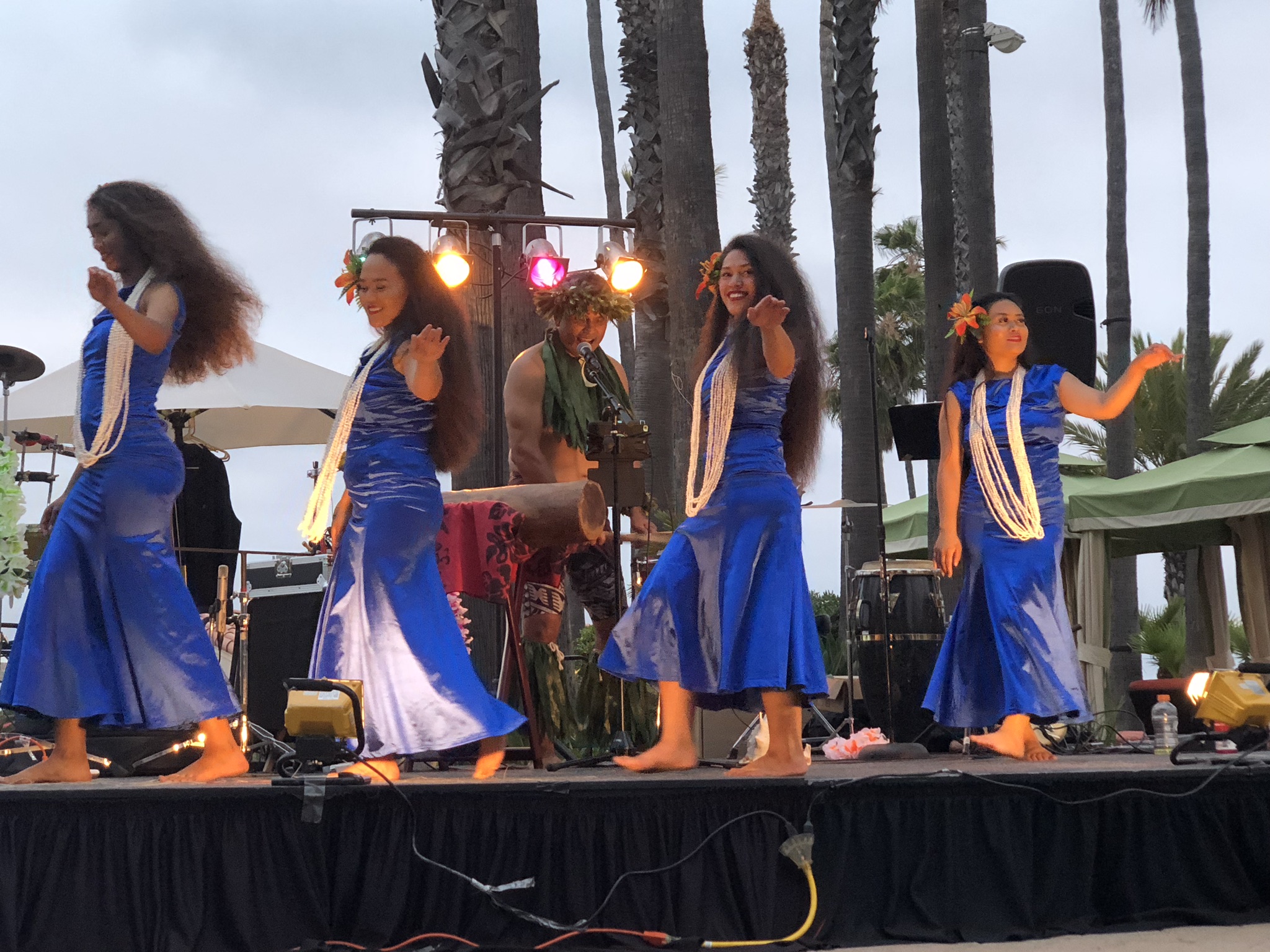 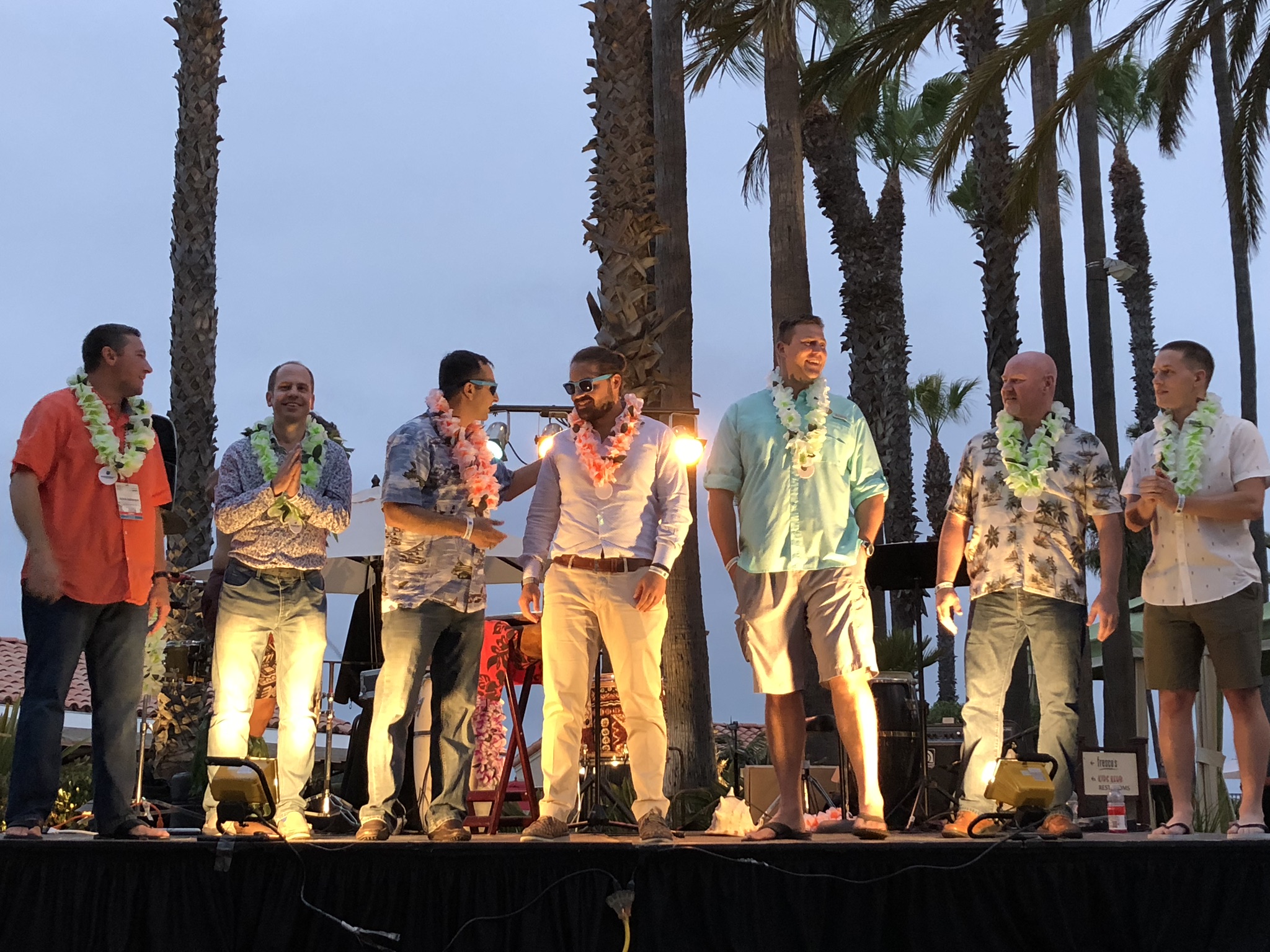 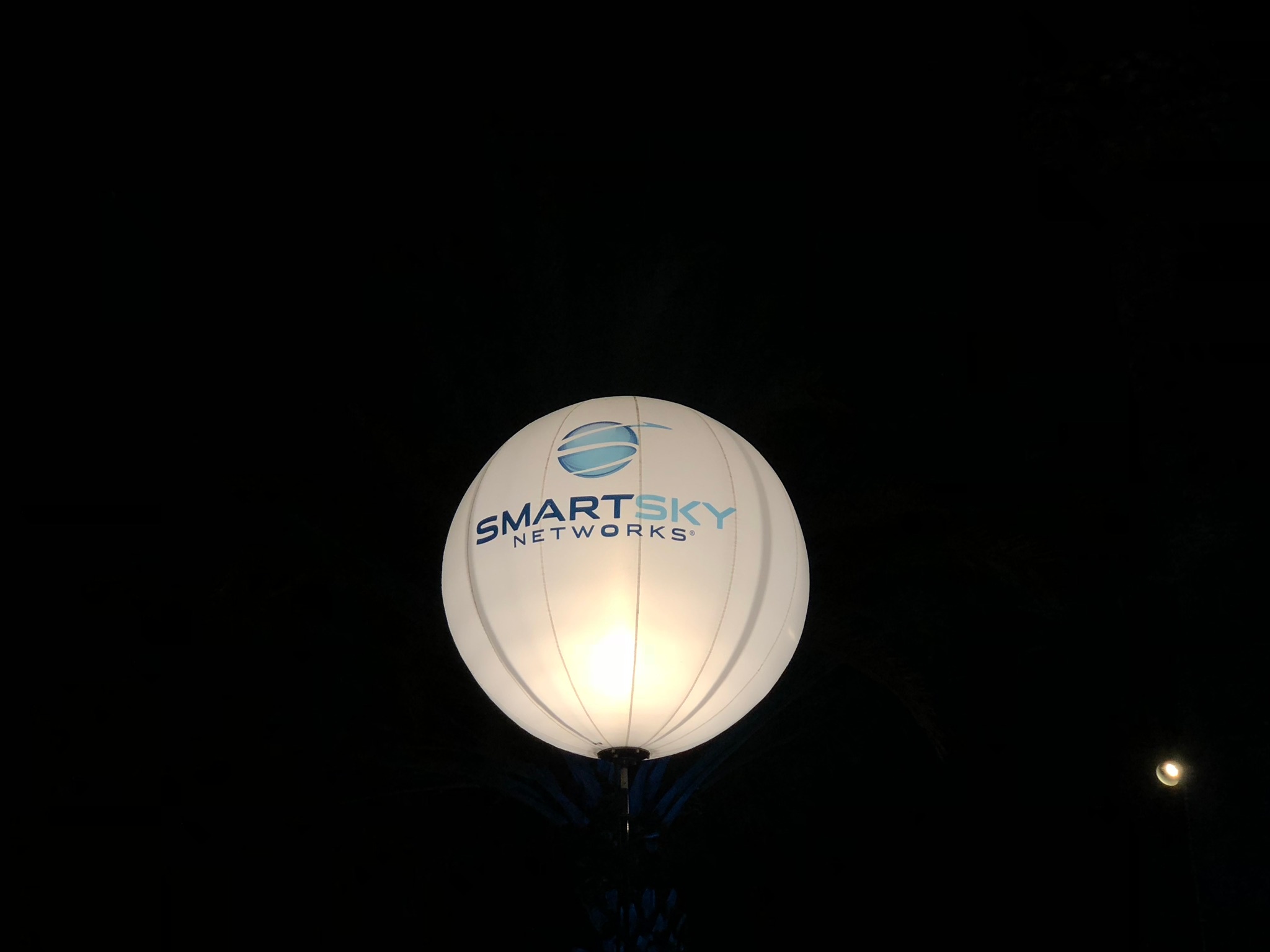