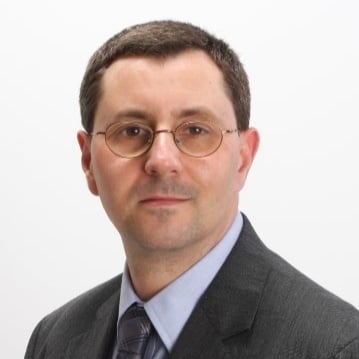 As a frequent flyer, my first thought when boarding a flight is often focused around whether there will be space for my carry-on, competing with my fellow passengers for the limited space available. I confess it can be difficult not to be frustrated when several large bags have hogged all the space, leaving me with no option but to check my bag.

Similarly, the aircraft and passengers often experience the same dilemma at 35,000 feet, but for another reason. This competition is for the availability to exchange data on and off the aircraft, or “bandwidth” over the in-flight connectivity service. It is quite likely that you never give a second thought to the physics nor the technological advances that make it possible to connect to the Internet in the sky. But you may ask yourself: given all of these advances, why do we still struggle for “space” in that proverbial data pipe used for in-flight connectivity?

Latency and the ability to send and receive data at similar speeds are critical to consider, but the type of coverage also plays a vital role. The geographical area where in-flight connectivity is provided (coverage) is often referred to as the footprint. The footprint can be provided by transmission beam(s) from either the Satellite(s) or Air-to-Ground towers over a given geography.

A typical geostationary Satellite system orbits the earth at approximately 22,000 miles (116,000,000 feet) above the earth and casts one or more beams towards a region of the earth to form the footprint of coverage. Satellite systems used for in-flight connectivity use either wide beam or narrow beams. The wider the beam, the larger the footprint.

I liken this to the area of light cast by a ceiling light versus that of a tactical flash light. One covers the whole room quite dimly, the other a far smaller targeted area with great intensity. Whether Satellite or Air-to-Ground, the same applies with regards to the coverage area served.  In broad terms, the footprint of a beam can range from as much as hundreds of thousands of square miles, covering for example several time zones and many states across the USA, down to less than a thousand square miles in very narrow beams in the case of SmartSky’s new 4G LTE Air-to-Ground network.

On the surface, wide coverage from a single beam may seem appealing because it provides a good footprint for many users. However, you must then factor in the overall data capacity of that single beam and then remember all of the users who are competing for access to that capacity – very similar to the overhead bin capacity. With satellite coverage, users across terrestrial media, maritime, industrial applications and home users are all using the same capacity — in addition to the aviation community.

Let’s set that aside and look at just the aviation demand. While there are a few flight corridors across the USA where air traffic can be light, there is high demand in most air corridors — particularly in the northeast or around hubs such as Atlanta, Chicago or Los Angeles — and that demand is very high most hours of the day. Remember that each aircraft is competing for data service within the available footprint of the connectivity service installed. As I write this, on-line flight tracking shows well over 200 aircraft flying within the triangle between New York, Chicago and Washington, D.C alone. For a congested region such as the northeast, even with the latest high-throughput satellites, the risk for data contention could be high with tens to hundreds of aircraft all demanding bandwidth from within a single footprint.

One Beam Per Aircraft

What if you could combine patented beam-forming phased array antennas with a terrestrial-based Air-to-Ground network of localized sites? You would find it is possible to form thousands of very narrow beams across a network and then serve only one aircraft per beam. This is exactly what SmartSky’s state of the art, aviation-only, ground-based 4G LTE network does. When SmartSky’s full CONUS coverage is deployed, nearly 20,000 beams will be formed across the network. By utilizing the very latest technologies, data contention between aircraft within any region, congested or not, will be eliminated by serving each aircraft with its own beam.

Significantly reducing the number of aircraft contending for bandwidth within a single beam assures that a higher average data throughput both to and from each aircraft can be maintained. This means that  you, the user of a stable and reliable connection, can send that last-minute PowerPoint or maintain that Board video conference call regardless of the traffic around you.

So, the next time you’ve boarded and are ready to connect, give some thought to how your connectivity service is being delivered and who you may be contending with while sending that all-important e-mail to the ground.